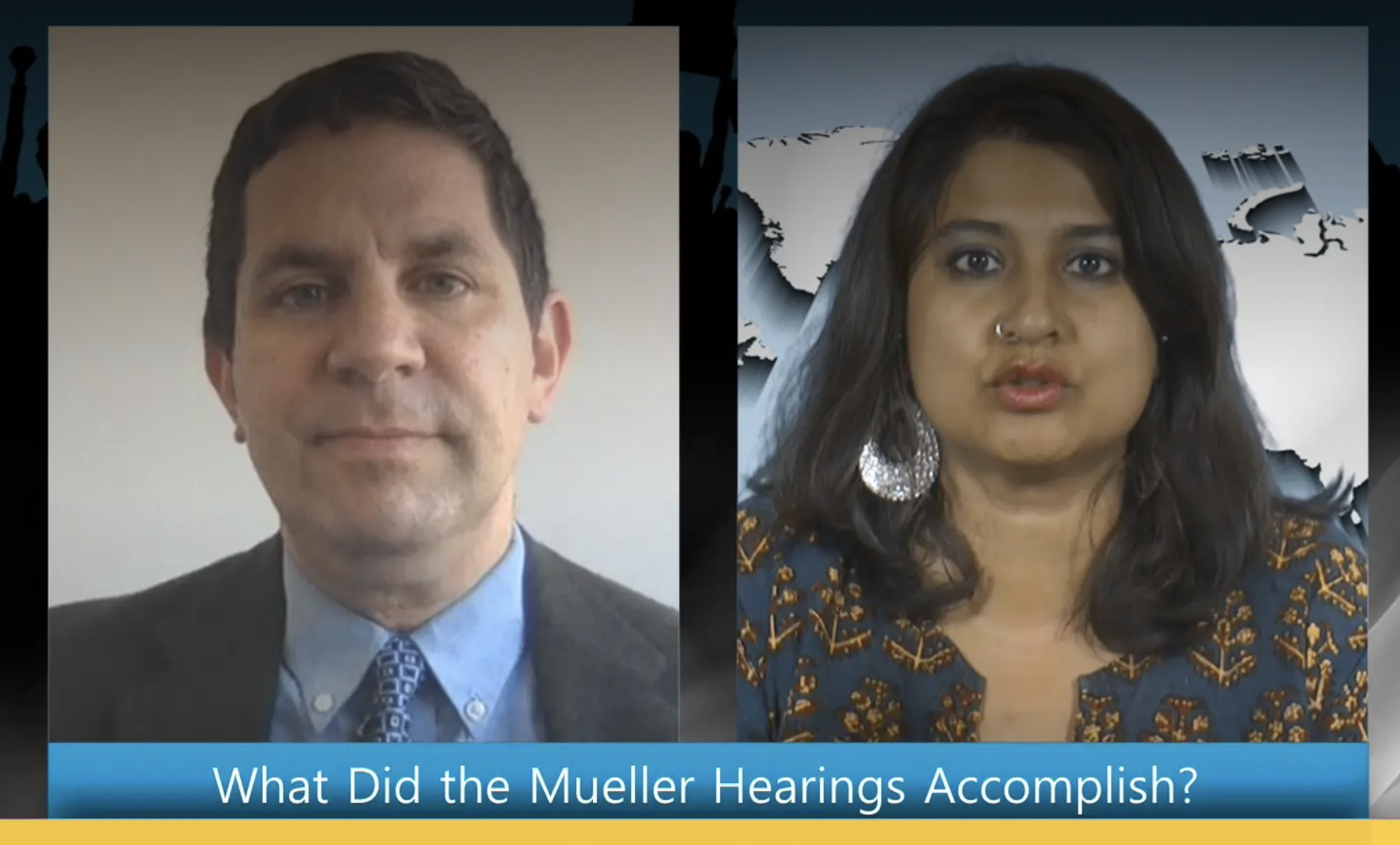 Following Special Counsel Robert Mueller’s televised testimony to Congress, Free Speech For People Legal Director Ron Fein appeared on Rising Up With Sonali to discuss what these hearings accomplished, as well as the ongoing Constitutional argument for the impeachment of President Trump.

“The evidence of high crimes and misdemeanors has been staring us in the face for the entirety of Trump’s Presidency,” he said.

Fein, who coauthored “The Constitution Demands It: The Case for The Impeachment of Donald Trump” with John Bonifaz and Ben Clements, clarified that, of the eleven Constitutional grounds for impeachment, only two overlap with the Mueller investigation.

“That was a narrow investigation,” Fein said. “Many of the impeachable offenses that Trump has committed weren’t part of the Mueller investigation. Within that investigation, though, Mueller laid out a convincing case for ten different instances where Trump committed obstruction of justice.”

The other grounds include:

Contrary to his repeated claims to the media, the President has not been exonerated from either of the counts covered in the Mueller investigation. Mueller’s report cites multiple instances of the President obstructing justice during an investigation into Russian efforts to undermine the 2016 presidential election.

Lawmakers on both sides of the aisle inundated Mueller with questions on the credibility of his report. The Congressional hearings come at a time when calls for President Trump’s impeachment have continued to intensify. A few weeks back, Representative Al Green filed articles of impeachment against the President and saw 95 Members of Congress vote to advance the process.

“Although [Mueller] was not willing to come out plainly and say Trump committed obstruction of justice, he laid out a roadmap for exactly that,” Fein said. “It is a roadmap for impeachment.”

We must stay focused and remember that the Mueller report did not cover the full extent of Trump’s sins against the republic. No matter what happens from here, as the dust settles from the Mueller hearings, it is important to note there remain many other Constitutional grounds for this criminal President. Take a moment and watch the above interview to hear Ron Fein expertly explain them.